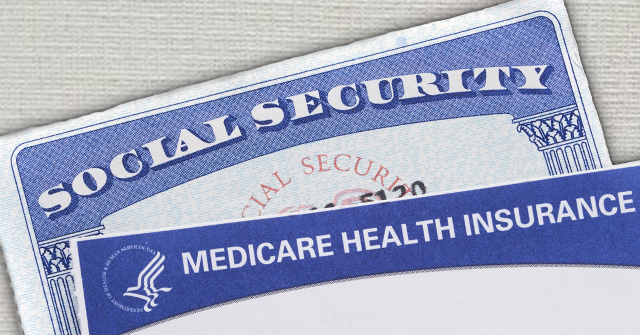 While Trump characterized the move as a financial boost for Americans struggling amid the COVID-19 crisis, critics blasted it a cynical ploy to do what Trump has long intended to do: Gut the vitally important social service programs just as Americans need them more than ever during the pandemic.

Trump also signed an order providing $400 a week in enhanced unemployment benefits  — down from the $600 weekly benefit that expired last month.

Rep. Ayanna Pressley (D-Mass.) pointed out that the president just “unilaterally cut Social Security and your unemployment benefits. In the middle of a pandemic.”

House Speaker Rep. Nancy Pelosi (D-Calif.) warned in a statement that the move would “endanger” Social Security and Medicare.

Trump himself presented the move as an opening gambit in his long game to eliminate the payroll taxes, which provide the funding for the social service programs. He promised to “terminate” the payroll tax if he’s reelected.

“If I’m victorious on November 3rd, I plan to forgive these taxes and make permanent cuts to the payroll tax,” Trump said at a news conference at his Bedminster golf course in New Jersey. “In other words, I’ll extended beyond the end of the year and terminate the tax.”

Sen. Kamala Harris (D-Calif.) warned on Twitter that such an action would “gut” the programs if Trump gets a second term.

An organization representing taxpayer interests slammed Trump’s executive order as a “holiday for the wealthy and a death sentence for Social Security and Medicare beneficiaries.”

“Trump’s payroll tax holiday is a lose-lose strategy,” said a statement from Tax March to HuffPost Saturday after the order was signed. “It won’t deliver any relief to struggling small businesses or laid-off workers, but it will dangerously diminish funding for Social Security and Medicare at a time when millions of people depend on these programs.”

Employers typically withhold payroll taxes to send directly to the federal government to fund Social Security and Medicare. Trump’s order would defer workers’ portion of those taxes  — 6.2% for Social Security and 1.45% for Medicare — for those making less than $100,000 annually from September 1 through the end of the year.

It would do nothing to help unemployed workers, and would shrink the funding pool supporting the social service programs, already massively struggling as funds dwindle amid record unemployment.

“Deferred” taxes would presumably have to be repaid at some point, though Trump held out the carrot of cancelled taxes — but only if he’s reelected.

Not only would payroll tax deferments weaken the “bedrock retirement and health programs,” the money might not even reach the pockets of strapped workers, warned economists at the Center for American Progress, a liberal think tank.

Employers are responsible for ultimately passing on employee’s share of the tax to the government, so they might hang onto it. “Employers could simply withhold the tax and keep the money until the later payment deadline,” the group warned.

As a candidate in 2016, Trump declared that it was his “absolute intention to leave Social Security the way it is.” But this January he said that his administration would look at cost savings in “entitlement” plans after his massive tax cut to corporations in 2017 slashed Treasury income.