Harris has been vocal about Howard and how the historically Black institution shaped her life and career. On the second night of the Democratic National Convention, Harris wore a sweatshirt stamped with a Howard logo. She recently told an audience at Spelman College she prepared for her debate with Vice President Pence on Howard’s campus in D.C.

“She has shown that Howard graduates are a force to be reckoned with,” said Wayne A.I. Frederick, the university’s president. “She has demonstrated that those who make their way to the mecca, those who successfully traverse the hilltop, can make it anywhere in the world.”

Kamala Harris grew up in a mostly white world. Then she went to a black university in a black city.

The visibility of historically Black colleges and universities is at a high. The political ascension of Harris — who will become the first HBCU graduate to serve as vice president — and the presidential campaign have raised their profile, while calls for racial justice following nationwide protests have delivered record donations and other outpourings of support.

But will it last? And is it enough? Historically Black schools have been marginalized and disenfranchised for generations and now face added financial pressures brought on by the pandemic. As the country reckons with its legacy of structural inequality, higher education leaders wonder whether that reckoning will result in lasting financial support and inclusion for the nation’s more than 100 historically Black schools.

“We are in a moment, but I don’t want it to be a moment that flickers and goes away,” said Javaune Adams-Gaston, president of Norfolk State University, a public HBCU in Virginia. “This should be a continuous march toward equity and inclusion and excellence.”

Howard’s homecoming is a family reunion. In a year of loss and protest, coming together feels more urgent.

During his campaign, President-elect Joe Biden pledged more than $70 billion to HBCUs and other minority-serving schools to lower costs for students, create research incubators and improve digital infrastructure. Harris has helped craft and promote the agenda, and HBCU advocates anticipate she will fight to bring the proposals to fruition.

“This platform is the gold standard, but we have to bring life to it and that’s going to require bipartisan support,” said United Negro College Fund President Michael L. Lomax.

As any HBCU president will tell you, the sector may represent 3 percent of all colleges in the United States but it graduates about 20 percent of all Black students, often with a fraction of the budget of comparable predominantly White institutions. Lomax is fond of saying HBCUs are punching above their weight class. 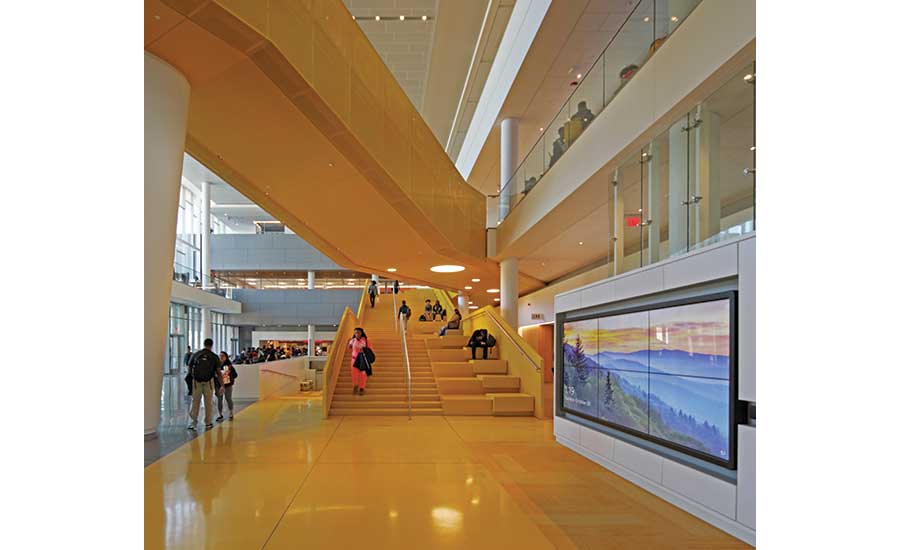 President Trump touted his record of funding the sector on the campaign trail, claiming to have “saved” HBCUs. Trump did sign bipartisan legislation providing $255 million in permanent annual funding for HBCUs and other minority-serving colleges, but Congress did the heavy lifting. And the president hasn’t announced any new funding initiatives.

Financial need is high at HBCUs, where nearly three in five students are from low-income households. Endowments that could provide generous scholarships lag behind other colleges by at least 70 percent. Megadonors, the kind who make eight- or nine-figure donations, are rare at HBCUs, according to data compiled by the Chronicle of Higher Education.

But after Reed Hastings, chief executive of ­Netflix, and his wife, Patty Quillin, committed $120 million to Spelman, Morehouse College and UNCF in June, Lomax said the donation could set a new standard.

Donors spurred into action after George Floyd’s death sparked national protests against police brutality and racial inequality, but UNCF had laid the groundwork long before then, Lomax said. He had cultivated relationships with philanthropists in the education reform movement and raised awareness of HBCUs.

“You had a group of informed, thoughtful donors, who want to do this work. And then, [the events surrounding] George Floyd … that’s when you see the dollar amounts go up,” Lomax said.

This year, Black schools have received nearly $500 million in large gifts from author and philanthropist MacKenzie Scott, Bloomberg Philanthropies, the Bill & Melinda Gates Foundation, Morgan Stanley and others, according to UNCF. While those gifts have gone to many big-name schools — Howard received eight of its nine largest gifts — Lomax said HBCUs of all types are benefiting from more philanthropy.

“Every category of giving is now giving to HBCUs because they see a direct connection between addressing racial justice, anti-Black racism, equity and equality,” Lomax said.

Even as research funding has increased, disparities remain. Federal science and engineering support to academic institutions overall increased 2 percent since 2016, but to HBCUs has declined 17 percent, according to the National Science Foundation.

“We have cutting-edge research going on today on prostate cancer,” said George French Jr., president of Clark Atlanta University. “If there were more funds to support our research efforts and infrastructure needs, we could be greatly advanced by the federal government."

At Md.’s historically black schools, the pursuit of equity without forgoing identity

States have never placed Black land-grant institutions — schools primarily founded in the late 19th century on federal land — on equal financial footing as the predominantly White ones, Jones said. The broader universe of public historically Black colleges have faced the same discrimination and, in some cases, turned to the courts for redress.

Maryland lawmakers this year approved legislation to provide $580 million over 10 years to the state’s four HBCUs, a step in ending a 13-year-old lawsuit over inequitable funding. But Maryland Gov. Larry Hogan (R) vetoed the bill in May, citing the costly impact of the coronavirus pandemic on the state.

Before the pandemic, Norfolk State was on track to receive its largest appropriation from Virginia, at $130 million, but the state pulled back as the virus created a projected shortfall of $2.8 billion. Adams-Gaston is hopeful the public university will retain much of the funding. While Norfolk State is benefiting from increased philanthropy, with commitments from IBM and Dominion Energy, having the state recognize its value is important.

“We spent a lot of time up in Richmond making the case why we were important for the Commonwealth. … A lot of legislators were supportive,” Adams-Gaston said. “You also have to … remind people that there is historical damage that needs to be repaired.”

Financial support is key as colleges and universities across the country battle a health and economic crisis draining revenue and raising expenses.

Historically Black institutions, like most schools, lost millions of dollars from refunding housing and dining charges in the spring. And the ones that are remote this fall are now forgoing millions of dollars in revenue from those same services. That financial imbalance has led to furloughs, reduced salaries and layoffs at some schools, including Morehouse.

Morehouse President David A. Thomas, like many HBCU leaders, said federal stimulus dollars have been “extraordinarily” helpful in staving off deeper cuts.

“Given that we will be remote again in the spring, having another round of Cares Act funding would be tremendously helpful for next semester,” Thomas said.

Tuition and fee revenue is critical for many HBCUs. Enrollment of undergraduates at historically Black schools tracks closely with national trends and is down 4 percent this fall, according to preliminary data from the National Student Clearinghouse.

Larry Robinson, president of Florida A&M University in Tallahassee, watched the number of students signing up for fall classes rise and fall. The number fluctuated through the summer and, by July, he thought enrollment could fall as much as 20 percent.

“That’s sort of a game-changer when you get into those kinds of numbers,” Robinson said. In 2019, the campus enrolled about 9,600 students, federal education data show.

The actual enrollment decline was 4.5 percent, smaller than what officials expected but still large enough to cause concern. Officials suspect the pandemic and the financial toll it has taken on families steered some students away. Roughly two-thirds of FAMU undergraduates receive Pell grants, federal financial aid reserved for students from low-income families.

“For the demographic that we serve, they don’t have huge nest eggs to get them through the difficult times,” Robinson said. “These challenges aren’t going to be fixed after this semester. … They might be around a little bit longer, as was the case when we had that so-called Great Recession.”

Discount, freeze or increase? How universities are handling tuition this fall.

HBCUs in response have provided whatever resources they can, creating emergency funds with federal stimulus funds and purchasing laptops and hotspots for students. Morehouse, Spelman and Clark Atlanta cut tuition by 10 percent this fall.

“We try to extend our hand during this time and say, ‘Hold on we’re going to build this bridge over troubled water,’ ” Spelman President Mary Schmidt Campbell said.

Spelman ramped up fundraising for scholarships and provided all of its students financial aid. The women’s college in Atlanta witnessed a 5.4 percent increase in enrollment this fall and is projecting a balanced budget after cutting expenses and imposing furloughs. Still, Schmidt Campbell said she isn’t “popping any corks” just yet.

“We still don’t know what our enrollment will be for the spring,” she said. “If our students are so shellshocked from the fall that they feel emotionally they can’t come back, we may have a decline.”

In a city dominated by private universities, UDC makes a pitch to District residents: ‘We are affordable and high quality.’

The University of the District of Columbia is dealing with a sharp decline after losing 503 students across its flagship university, community college and law school — a decline of more than 11 percent from last fall, according to data from the university. President Ronald Mason said he’s bracing for what could be a challenging few years.

“Financially, we think we can survive this year for sure, and the federal money helps,” Mason said. “If it carries into 2022, it’s going to be a real challenge.”

As the sole public university in the nation’s capital, UDC’s budget is dependent on the city, which is projecting a budget shortfall of $211 million during fiscal 2021.

“We don’t know what’s going to impact us,” Mason said.

Despite the challenges the pandemic has presented to school leaders, it has also ushered new opportunities, said David Wilson, president of Morgan State University in Baltimore.

“We want to research the kinds of issues covid has unveiled,” Wilson said. In Baltimore, those issues include health disparities that make Black people more likely than other groups to die of the coronavirus. The issues are highlighted in neighborhoods where unstable WiFi blocks children from accessing online classes.

And HBCU leaders, whose awareness of the uneven toll the virus has taken on Black people is apparent in their cautious reopening plans, are uniquely suited to address these crises, Wilson said. This year the National Science Foundation and National Institutes of Health supplied more than $1.2 million in research grants to Morgan State — improving the school’s prospects of joining the ranks of research giants, including nearby Johns Hopkins University and the University of Maryland in College Park.

“Our future is to make sure that we are churning out the research to enable lawmakers and policymakers … to solve the intractable problems … in marginalized communities,” Wilson said. “This is a moment for Morgan. It’s a moment for North Carolina A&T. It’s a moment for FAMU and we have to take advantage of the moment.”