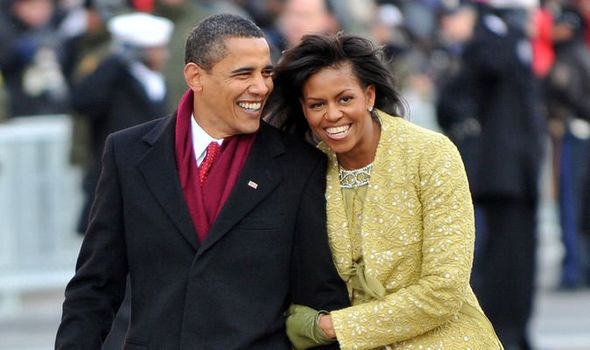 Michelle and Barack Obama might be most people’s definition of couple goals, but that doesn’t mean the two haven’t faced challenges in their nearly 30 years of marriage.

The former first lady sat down with late night host and comedian Conan O’Brien to talk about marriage ― and the many phases one marriage can have ― on the latest episode of her exclusive Spotify podcast, released Wednesday.

“People aren’t perfect. Marriage is hard. It’s a struggle for everyone,” she said, adding that when children enter the picture, it’s even tougher on a relationship at some points.

Young couples go through hard times, and then they “give up,” Michelle Obama said, because “nobody told them that this time is hard.” “You’ve got to know that there are going to be times ― long periods of time ― when you can’t stand each other,” she said, joking that, “There were times that I wanted to push Barack out of the window. And I say that, because it’s like, you’ve got to know the feelings will be intense. But that doesn’t mean you quit.”

Michelle Obama added that “these periods can last a long time,” even years, in a relationship. But that’s no reason to throw the towel in.

“But we don’t talk about that, so young couples, they face these challenges, and they’re ready to give up because they think they’re broken,” she said.

“I just want to say, look, if that breaks a marriage, then Barack and I have been broken off and on, throughout our marriage, but we have a very strong marriage,” the former first lady added. “And if I had given up on it, if I had walked away from it, in those tough times, then I would’ve missed all the beauty that was there as well.”

In Michelle’s memoir, “Becoming,” she opens up about going to marriage counseling with Barack after their daughters, Malia and Sasha, were born.

During an interview with Oprah Winfrey prior to the book’s release, the author said that counseling was a much different experience than she expected it to be.

“It was about me exploring my sense of happiness and my voice ― the notion that you come to a relationship whole and that I couldn’t look to Barack and he couldn’t look to me to be everything,” she said.

“We had to make our everything on our own. What clicked in me was that I need support and I need some from him,” Michelle added. “But I needed to figure out how to build my life in a way that works for me.”