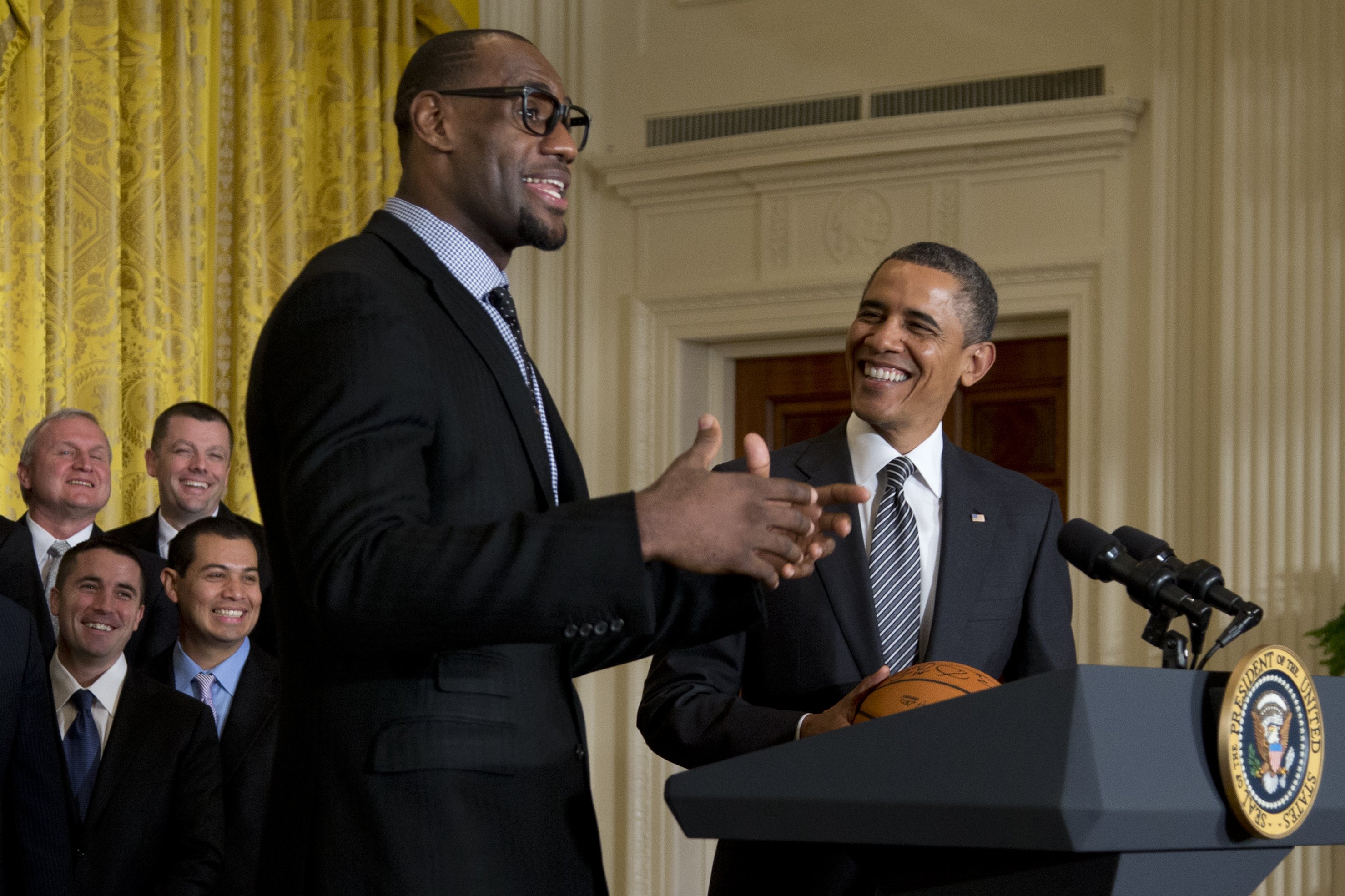 Former President Barack Obama praised the Milwaukee Bucks for their decision to stage a walkout in response to the Jacob Blake shooting earlier this week.

It appears he played a hand in the players’ decision to return to the court days later, too.

Obama spoke with LeBron James, Chris Paul and a small group of players late on Wednesday night and advised them to return to the court to finish the postseason, according to The Athletic’s Shams Charania. James and Paul, who is the president of the players’ association, wanted to seek Obama’s advice on how to move forward after a contentious, emotional players-only meeting on Wednesday night — a meeting that James, the Los Angeles Lakers and Clippers reportedly walked out of wanting to end the season completely.

Moving forward with the rest of the season, Obama reportedly told them, was an important opportunity that they could use to contextualize action they wanted to see taken in the country.

Obama tweeted out his support for the walkouts on Wednesday, and included an emotional interview of Los Angeles Clippers coach Doc Rivers speaking about the shooting and being Black in America.

Rivers has been among the most outspoken coaches about the issue over the past week, and reportedly made an impassioned speech to players in the meeting on Wednesday night urging them to register to vote. He believes that only about 20 percent of players are actually registered voters, and wants that number to hit at least 80 percent, per Charania.

The Milwaukee Bucks were the first team to stage the walkout on Wednesday afternoon in response to the Blake shooting on Sunday. Kenosha, Wisconsin, police shot Blake, a 29-year-old Black man, multiple times in the back as he tried to get into his car — which left him paralyzed from the waist down and sparked widespread condemnation and protests.

The NBA and NBPA announced Friday that the postseason will resume on Saturday, and that several specific social initiatives would be implemented. NBA owners have agreed to work with local election officials so that each arena can be used as a polling place for November’s elections. The Bucks’ conversation with Wisconsin’s Attorney General and Lt. Governor resulted in the call for a vote on a police reform bill in the state, too.