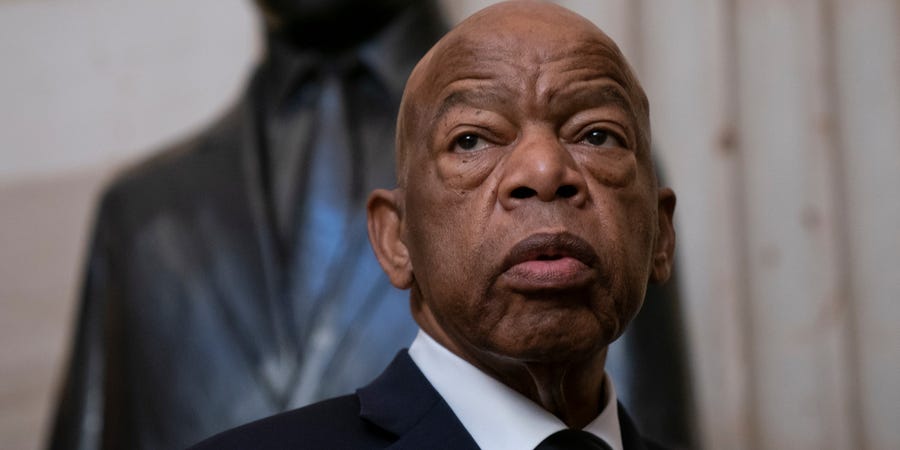 Rep. John Lewis, the Georgia Democrat known for his significant leadership in Congress and throughout the civil rights movement, has died at age 80.

He served Georgia’s 5th Congressional District, which encompasses most of Atlanta, and was highly respected on both sides of the political aisle. Lewis was known as the “conscience of Congress.”

The congressman announced in December 2019 that he had been diagnosed with Stage 4 pancreatic cancer.

“I have been in some kind of fight ― for freedom, equality, basic human rights ― for nearly my entire life,” Lewis said in a statement at the time. “I have never faced a fight quite like the one I have now.”

Lewis said at the time that he would continue serving in Congress while he underwent treatment, noting he “may miss a few votes during this period, but with God’s grace I will be back on the front lines soon.”

In June, six months into his treatment, he told New York magazine that he was feeling better, saying that he has “good days and days not so good.” 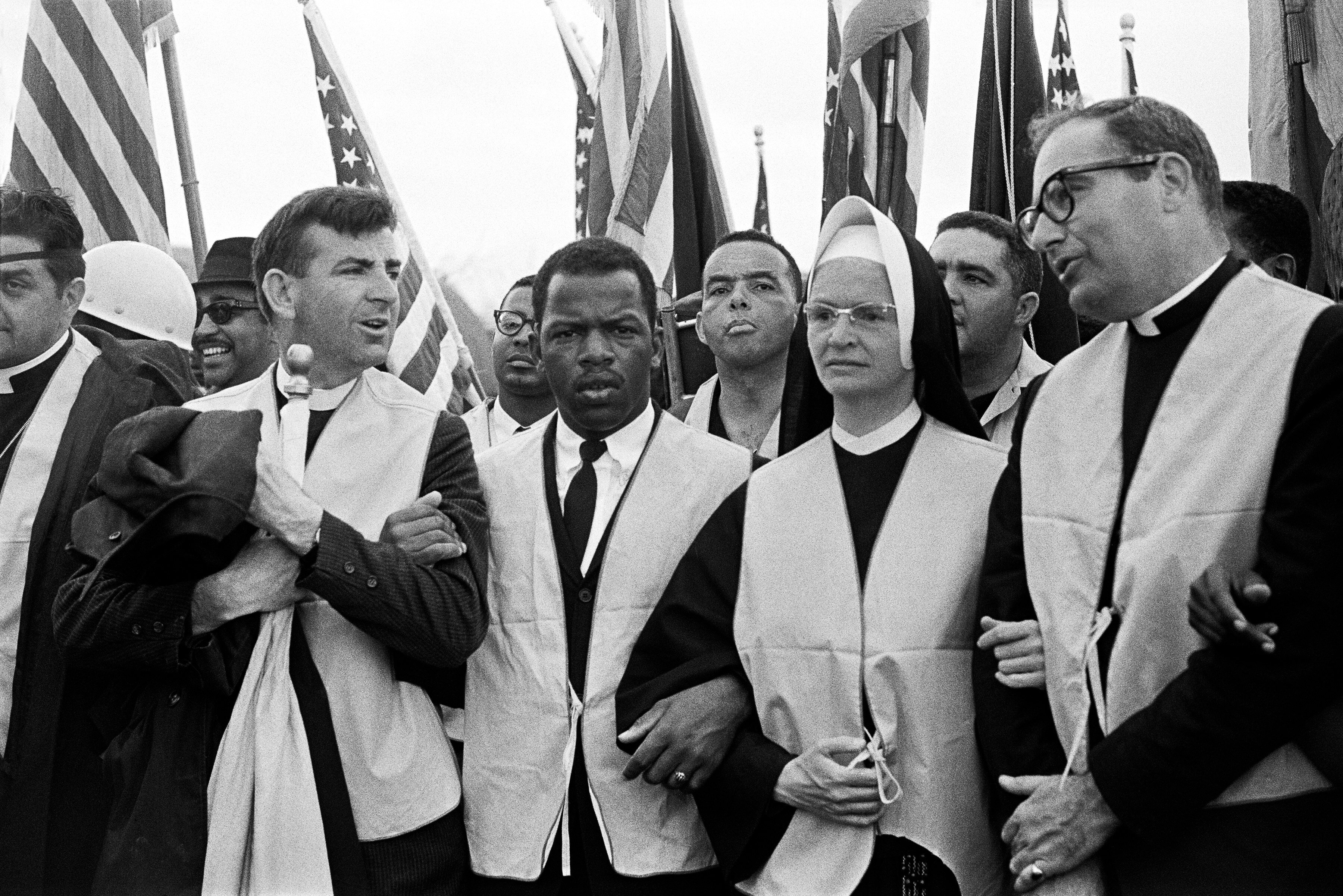 Lewis has been on the front lines of the fight for democracy for most of his life. Born on Feb. 21, 1940, to sharecroppers outside of Troy, Alabama, Lewis grew up attending segregated public schools. After watching the activism that sparked the Montgomery bus boycott and hearing the Rev. Martin Luther King Jr.’s words on the radio, Lewis was inspired to join the civil rights movement and fought for voting rights ever since.

As a college student attending Fisk University, Lewis helped organize peaceful sit-in protests at segregated lunch counters in Nashville, Tennessee. At age 21, he volunteered to be a Freedom Rider — one of the activists who risked their lives challenging segregation throughout the South by sitting in seats reserved for white people. (The protest was inspired by Rosa Parks, who refused to give up her bus seat for a white man in Montgomery, Alabama, in 1955.)

At 23, Lewis was one of the organizers of and the youngest keynote speaker at the March on Washington in August 1963. He helped launch voter registration drives during the Mississippi Freedom Summer in 1964, yet another example of his determination to bring voting rights to Black people.

Lewis often faced violent consequences for his civil rights leadership. He was repeatedly arrested and beaten by police and angry mobs for challenging Jim Crow segregation in the South and fighting for voting rights.

Alabama state troopers fractured Lewis’ skull in March 1965 while he led more than 600 peaceful demonstrators in a voting rights protest across the Edmund Pettus Bridge in Selma, Alabama, during what became known as Bloody Sunday. Media coverage of the cruelty during Bloody Sunday ― and the subsequent successful Selma march in which Lewis walked alongside King ― helped usher in the passage of the Voting Rights Act that year. 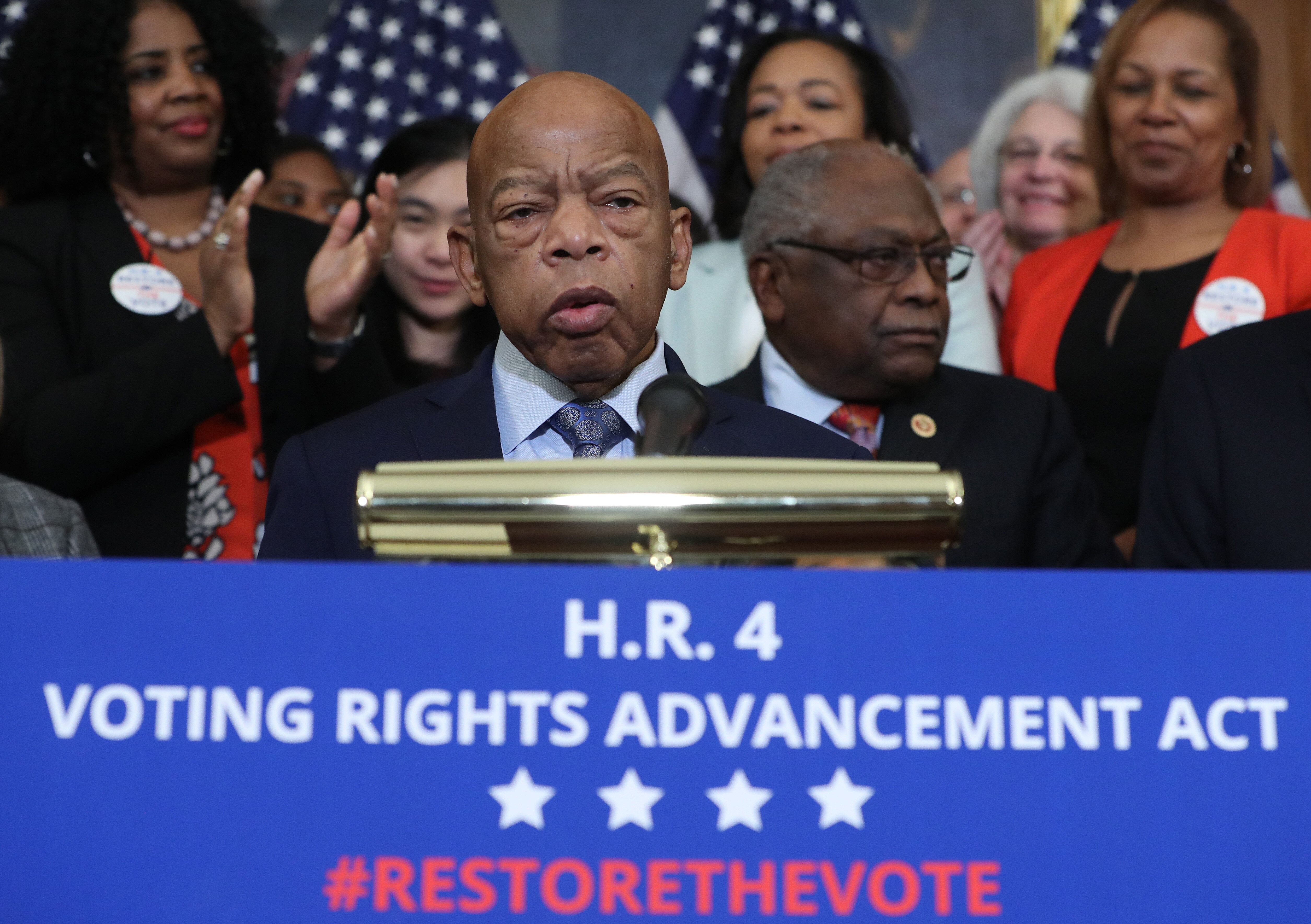 Lewis was elected to the Atlanta City Council in 1981 and to Congress in 1986. He served as House Democrats’ senior chief deputy whip and as a member of the House Ways and Means Committee.

Throughout his congressional career, Lewis fought to enact laws that furthered the civil rights and moral principles that he had championed since he was a young man. He helped campaign for Stacey Abrams, the Democrat who lost the 2018 gubernatorial election in Georgia and has since dedicated her career to fighting for voting rights amid allegations of Black voter suppression in the state.

“I gave a little blood on that bridge in Selma, 53 years ago,” Lewis told a crowd at a rally for Abrams just days before the election. “I’m not asking any of you to give any blood. I’m just asking you to go and vote like you never voted before. We have to vote.”

Lewis was also unfiltered in his criticism of President Donald Trump and refused to attend the 2018 State of the Union address after Trump characterized Haiti and African nations as “shitholes.” The congressman said in May 2019 that if King were alive today, Lewis would tell him that Trump is “a racist” who “doesn’t understand the meaning of your life and the significance of the civil rights movement.”

Lewis was a strong supporter of impeaching Trump on charges of abuse of power and obstruction of Congress, warning that the country he once considered a “beacon of hope” may be “descending into darkness.” Before voting to formally impeach the president in December 2019, Lewis delivered an emotional, fiery speech that alluded to his experiences in Washington that helped define the civil rights movement.

“When you see something that is not right, not just, not fair, you have a moral obligation to say something, do something,” the civil rights icon said. “Our children and their children will ask us: ‘What did you do? What did you say?’”

Lewis held hope for the future of America even through the pandemic and widespread anger over civil rights. As protests erupted nationwide over the police slaying of a Black Minnesota man, George Floyd, Lewis remarked on the sheer scope of the movement.

“They’re helping to educate and inspire another generation of activists. It’s seeing an effect. There can be no turning back; there can be no giving up.”