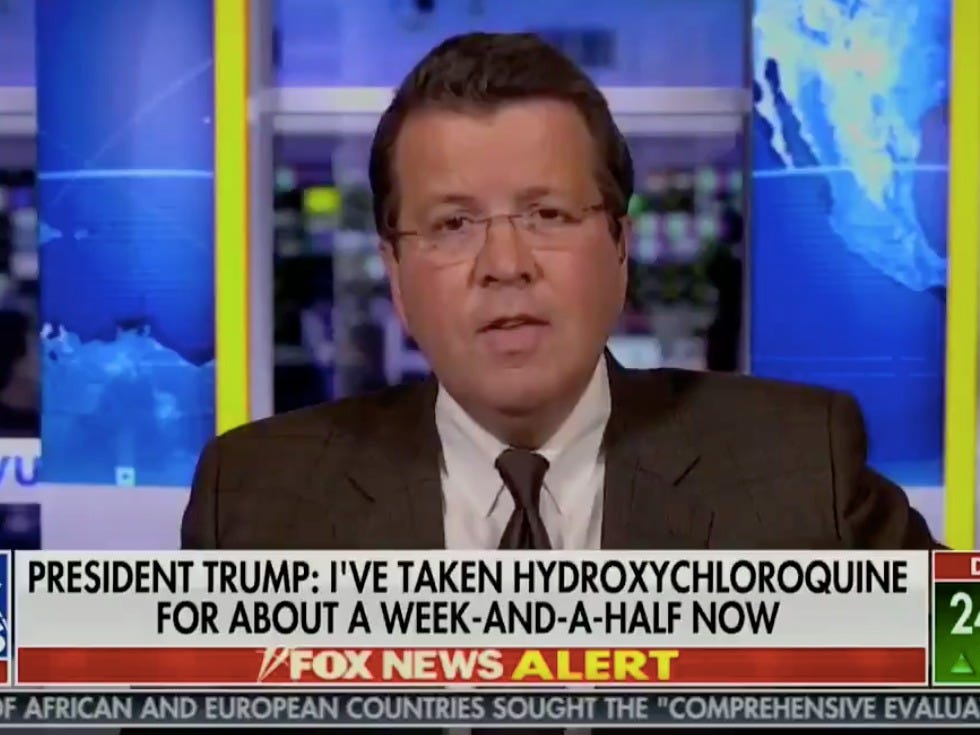 President Donald Trump says he’s had it with Fox News after host Neil Cavuto criticized him for taking the drug hydroxychloroquine to prevent becoming infected with the coronavirus.

The anti-malaria drug has not been approved for the treatment or prevention of COVID-19, the disease caused by the coronavirus, but it has become a favorite talking-point in conservative media.

Trump on Monday claimed he has been taking it after at least two people in the White House were diagnosed with the coronavirus infection.

But Cavuto warned viewers not to emulate the president.

“If you are in a risky population here, and you are taking this as a preventative treatment to ward off the virus ... it will kill you,” Cavuto said. “I cannot stress this enough: This will kill you.”

While many Fox News hosts routinely lavish praise on the president ― and host Laura Ingraham has been one of the biggest media proponents of taking hydroxychloroquine ― the comments from Cavuto set Trump off.

He claimed on Twitter that he was ready to change the channel:

Despite that history, Ailes served as an adviser to Trump during the 2016 presidential campaign.

Trump’s anger at the network drew a sharp response from his critics: