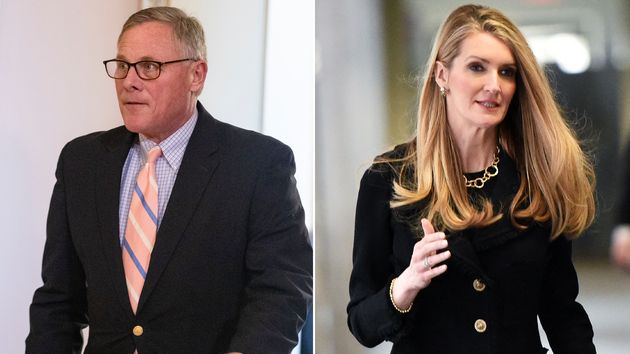 At least two Republican senators sold hundreds of thousands if not millions of dollars in stock shortly after Congress began receiving regular briefings about the outbreak of coronavirus spreading around the globe, according to several reports and reviews of financial disclosures.

ProPublica first reported Thursday that Sen. Richard Burr (R-N.C.), the chairman of the powerful Senate Intelligence Committee, offloaded between $628,000 and $1.72 million worth of holdings in 33 transactions on Feb. 13, shortly after he publicly assured Americans the government was prepared to deal with the novel coronavirus that has since been declared a pandemic. A week after the sales, the stock market began to precipitously fall, erasing about 30% of its value.

Just hours later, the Daily Beast first reported that Sen. Kelly Loeffler (R-Ga.) began selling stocks jointly owned with her husband on Jan. 24, the day the Senate Health Committee held a private, all-chamber briefing from top American officials about COVID-19, the disease caused by the coronavirus. In a series of 29 transactions ending in mid-February, documented in Senate financial disclosures, Loeffler and her husband sold between $1,275,000 and $3,100,000 in stock.

The Georgia senator also made two purchases, including one in a company that owns teleworking software, the Beast noted. Loeffler’s husband is Jeffrey Sprecher, the chairman of the New York Stock Exchange. The pair are worth an estimated $500 million.

Two other senators made major stock sales around the same time: Dianne Feinstein (D-Calif.) and James Inhofe (R-Okla.). Feinstein’s office told The New York Times the lawmaker’s assets are held in a blind trust and she has “no involvement” in the sales.

Selling stock before a market crash can insulate stockholders from any potential losses. It’s against the law for lawmakers to use non-public information to influence financial decisions.

Burr’s office has pushed back against ProPublica’s reporting — which is also based on public financial disclosures required by law ― saying the forms were filed “several weeks before the U.S. and financial markets showed signs of volatility due to the growing coronavirus outbreak.”

“As the situation continues to evolve daily, he has been deeply concerned by the steep and sudden toll this pandemic is taking on our economy,” an aide said in a statement Thursday.

Early Friday, Loeffler called reports about the sales a “ridiculous and baseless attack”:

“Investment decisions are made by multiple third-party advisors without my or my husband’s knowledge or involvement,” she added in a post on Twitter. “As confirmed in the periodic transaction report to Senate Ethics, I was informed of these purchases and sales on February 16, 2020 — three weeks after they were made.”

On Feb. 28, Loeffler moved to downplay the health and financial threat the spread of the virus posed to America, writing that Democrats had “dangerously and intentionally misled the American people” about the country’s preparedness for the outbreak.

“Here’s the truth: @realDonaldTrump & his administration are doing a great job working to keep Americans healthy & safe,” she wrote at the time.

Loeffler was appointed to the Senate in December by Gov. Brian Kemp to fill a vacated seat. She is up for reelection later this year.