Live from Tallahassee, Florida, it's the "Black News Channel."

After more than a decade of planning, securing investors and several false starts, the launch of the 24-hour national cable news channel targeting black viewers now is set for Feb. 10.

The network was hyped last year by a bevy of promotional appearances from California to New York.

Watts and Brillante announced the launch in November 2018 and spent the better part of last year shoring up a management team, leasing space, hiring studio designers and on-air talent, and pouring millions of dollars into renovating and outfitting a location.

And while the ambitious vision has been greeted in the past with some skepticism, it got its biggest boost last October.

Jacksonville Jaguars owner and billionaire businessman Shahid “Shad” Khan announced that he’s the majority investor in the network, which promises to capture an audience hungry for news and information targeting black viewers.

“I believe there is an undeniable calling for everything the Black News Channel will deliver to African-American television audiences, who have historically been underserved,” Khan said in a news release. “My decision to invest is an easy one, because we get to answer that calling.

“This is a chance for me to make an impact on how African-Americans report and consume news and related programming, how their voices are amplified and heard, and how all of us can better connect socially, culturally, economically and more.”

Brillante said Khan and his family have been “working” with the management team for the past two years. The New York Post has reported Khan’s investment as “exceeding $25 million.”

A classroom in a factory? Tennessee schools get creative to expose students to potential careers

A national outlet that's 'culturally specific to the African-American community'

Watts, Brillante and others have been working on the plan since at least 2005. Watts said the network first and foremost will be a news operation, but will offer programming targeting women, culture, history, weather and other staples.

“We are a CNN, Fox News, MSNBC type of organization that will be culturally specific to the African-American community,” Watts said.

Unlike networks that use political pundits or other journalists to address national policy, BNC will tap into the African-American Mayors Association to get its members’ views on how policy out of Washington is playing out in urban cities. The Washington office will bring in perspectives from the Congressional Black Caucus.

Giuliani associate:'President Trump knew exactly what was going on' in Ukraine

“I’m talking about talking to people who actually live the policies, those who have to implement the policies and see how it impacts their communities,” said Watts, who served as a Republican congressman from Oklahoma from 1995 to 2003 and is now chairman of J.C. Watts Companies and heads several other ventures.

Gary Wordlaw, who has been in the news business 50 years, said that what BNC is doing is groundbreaking in that it's a news channel first – one that will speak directly to black viewers.

“News has grown and changed and a lot of people don’t like the way it’s changed, especially on cable news,” said Wordlaw, who came on board in January 2019 from WVLA-TV/WGMB-TV in Baton Rouge, Louisiana, where he was news director. “Identity politics rules the day. We are not going to take sides.”

A multi-million-dollar studio and production facility

Rather than being housed within Florida A&M University’s School of Journalism & Graphic Communication as proposed a few years ago, its nerve center now is a renovated 20,000-square foot office building, complete with a multi-million-dollar studio and production facility.

Jane Marks, a Florida therapist and TV personality, will co-host a daily show targeting women’s interests. Her husband, former Mayor John Marks, is BNC’s vice president for governmental and community relations, as well as a financial investor in the operation.

New York is in uproar over push to ax gifted programs: This school is doing it anyway

The announcement of Khan's investment came before what was to be the original Nov. 15, 2019 launch, which was then moved to Jan. 6.

“It’s taken us a lot longer to build the apps ... and then the transmission network for cable,” Brillante said.

The network has agreements with Comcast (Xfinity), Dish Network, Charter/Spectrum, Vizio and Roku.

Brillante said “hand-shake” agreements that need to be formalized have been made with Samsung and T-Mobile to offer BNC through their smartphones.

“I’m 100-percent confident we will be able to launch on the 10th,” Brillante said. "If we feel we’re not prepared to launch to the entire marketplace, we’re not going to put a product on the air until we feel it’s the best that it can be."

“This isn’t a station that’s been acquired,” Watts told the Tallahassee Democrat, part of the USA TODAY Network. “This is a network that is starting from ground zero."

BNC has hired about 65 employees at its network operations in Tallahassee, Brillante said.

Besides the live news, weather, sports and feature programs planned from Tallahassee, BNC also has news studios in Atlanta and Washington, D.C., staffed by its journalists.

Smaller bureaus will be located throughout the top 20 African-American TV markets, in partnership with the National Newspaper Publishers Association, Brillante said. The network’s management also has plans to work with several historically black colleges and universities’ journalism schools to offer students a hands-on training opportunity.

Brillante said Tallahassee will serve as the brain center of the operation.

'The economic impact is going to be enormous'

Watts and Wordlaw said news and features programming will highlight perspectives from black doctors, lawyers, engineers, professors and scientists, who rarely are given a national platform to bring their knowledge to the table.

Much of that expertise will come from HBCUs, where there is a wealth of resources, from students voices to seasoned professors.

“I believe the network will provide a much-needed focus on the lives of people of color here and across the nation," Ferrier said.

Another major focus will be on bringing to light African-Americans' role in history.

“There’s a hidden history of the African-American community that many in the (black) community don’t know about,” said Watts, who will contribute by hosting his own, “My America” program.

Brillante cites a 2012 study by the Center for Economic Forecasting and Analysis at Florida State University showing BNC could generate $33.6 million in economic stimulus annually in Tallahassee.

He said the network is paying high salaries to recruit talent from cities like New York, Washington, D.C., and Los Angeles.

How to watch what BNC is offering

A Comcast vice president said the company is prepared to offer Black News Channel as a "subscription video-on-demand service." A Dish Network spokesperson said the company has a similar arrangement.

Here is a glimpse of Black News Channel’s program lineup for the week of Feb. 10 to Feb. 17:

6 a.m. to 9 a.m.: “BNC News Live”, anchored by Lauren McCoy and Rarione Maniece; meteorologist Kevan Smith. Anchors are based in Tallahassee, with feeds from reporters across the country.

10 a.m. to 11 a.m.: “Being a Woman”, Co-hosted by Lauren McCoy and Rarione Maniece. A show anchored out of Tallahassee targeting young women.

2 p.m. to 4 p.m.:  A variety of news programs unique to BNC, including HBCU This Week; BNC Presents The Story of Us; BNC Sports Weekly; All Things Men; From the Heart; Color of Stem; My America; Taste of the Town (featuring restaurants, places to visit in New Orleans and other cities).

4 to 5 p.m.: “Being a Woman”, Co-hosted by Lauren McCoy and Rarione Maniece (repeat)

5 p.m., to 6 p.m.: “Ladies First”, co-hosted by Laverne McGee and Jane Marks. Live from Tallahassee on the lives of women 30 and older. 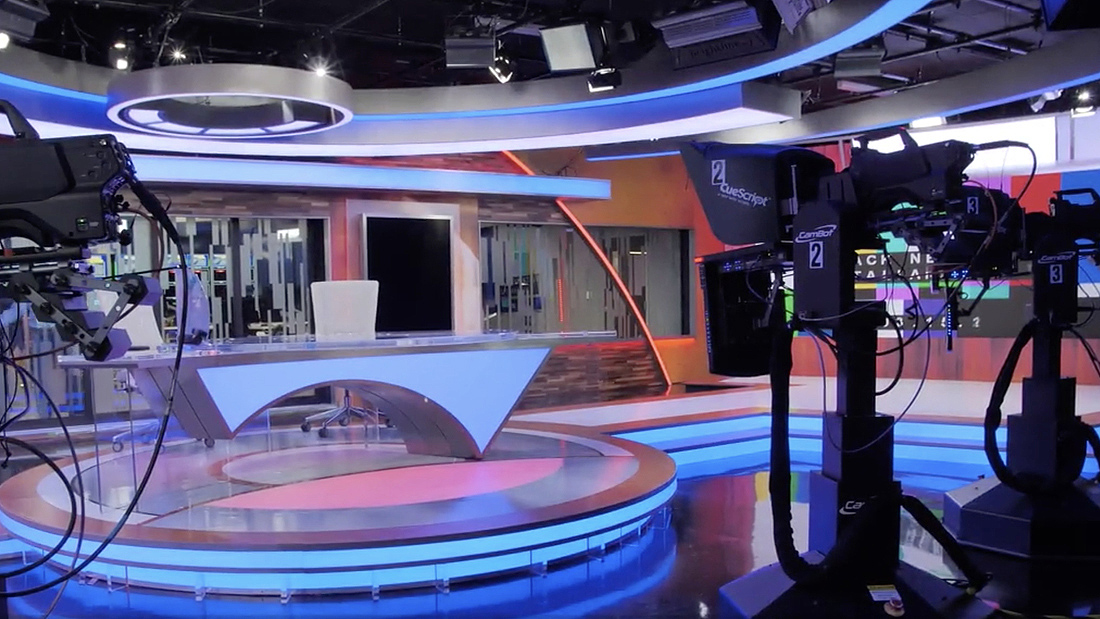