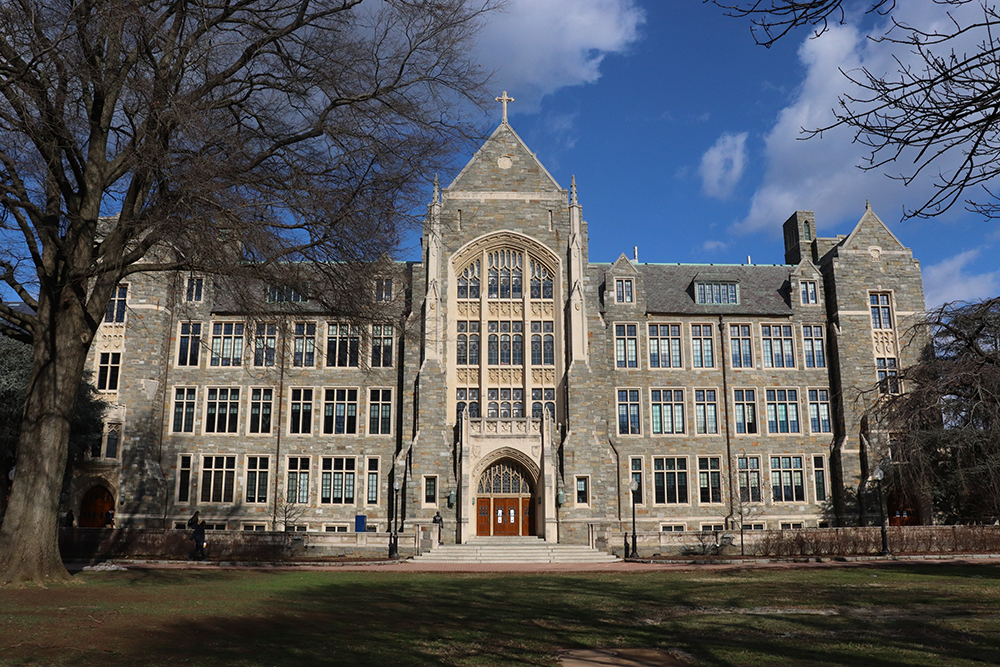 When Georgetown University students voted this spring to use student fees to pay reparations to descendants of the enslaved people Georgetown sold to keep its doors open in the 1800s, they made headlines in what’s become a national conversation on how to repay a very real debt owed to African Americans.

But student activists at the forefront of the issue are expressing their displeasure with the university after the school’s announcement this week that it planned to fund reparations not through student fees, but through donations.

As the New York Times reports, Georgetown announced that it planned to raise $400,000 to fund community health projects that would benefit the descendants of the 272 enslaved people the university sold in 1838 to keep Georgetown afloat.

The figure is about what would have been raised annually by student fees, according to the university—without requiring students to pay additional monies. Instead, Georgetown says, it will seek voluntary donations from members of the university community: alumni, professors, and students, as well as from philanthropists.

Georgetown President John DeGioia, in a statement, said that the school would “ensure that the initiative has resources commensurate with, or exceeding the amount that would have been raised annually through the student fee.”

However, descendants of the enslaved are seeking a billion dollars to fund a foundation that would pay for education, health and housing costs, among other needs, the Times reports.

And student activists, some of whom are themselves descendants, say not using student fees to fund the reparative effort defeats the purpose of acknowledging and paying a debt owed—rather than it all being an exercise in feel-good philanthropy, according to the Washington Post.

As one Georgetown junior who’s part of the activist group Students for GU272, told the Post:

“I think they just decided to ignore our vote,” said Maya Moretta, telling the news site that “the goal has been reconciliation.”

The university contends that its fundraising model will allow a broader group of people to participate in the effort, and describes its current decision as “one step” in what will be a long-term dialogue with descendants and students.

However, student activist Shepard Thomas, who’s also a descendant of an enslaved couple sold by the university in 1838, is critical of not only the fundraising model, but also that details are sketchy as to “accountability” and “implementation,” according to the Times.

As the Times reports:

In an interview, Mr. Thomas said he feared that descendants would ultimately end up with less financial support, and noted that the university’s plan would not allow individual descendants to receive assistance with medical bills, housing or scholarships.