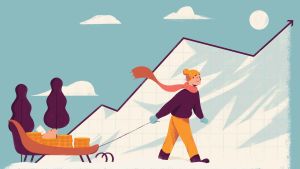 Take these financial steps before New Year’s Day and you can save on taxes, improve your credit, fine-tune your portfolio and boost your retirement savings. Here's where to start. 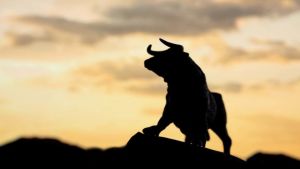 Whether stocks would recover Thursday was in doubt in early trading as investors struggled to embrace bright tidings from recent economic data. But the loud rebound in third-quarter GDP and better-than-expected unemployment claims eventually roused some bulls.

On the latter front, the Labor Department reported that last week's jobless filings fell from 791,000 in the week prior to 751,000, comfortably below the Bloomberg consensus estimate of 770,000.

On the former, Q3 GDP predictably made its sharpest recovery since World War II (after all, it followed Q2, which suffered the sharpest drop since then). The 33.1% sequential expansion topped the consensus forecast for 32% growth.

However, that performance comes with quite a few asterisks and other forward-looking considerations. Some expert observations about Thursday's GDP data:

Pooja Sriram, vice president, U.S. economist, at Barclays Investment Bank: "The outsized magnitude of increases across categories was to a large extent mechanical, in part due to the low base in the second quarter and in part due to solid activity momentum in May/June, which carries a respectable weight in the Q3 GDP calculations. The imposition of stay-at-home orders caused activity to plunge in the second quarter, and their removal led to a substantial improvement thereafter." Ryan Detrick, chief market strategist for LPL Financial: "GDP rebounded stronger than expected in the third quarter, but the big question on everyone's mind is whether the economy can remain on firm ground in the fourth quarter and into 2021. Barring a new round of fiscal stimulus, it's likely that growth will taper off in the fourth quarter, but we still don't expect a double-dip recession." Ludovic Subran, chief economist for Allianz: "This strong rebound should be short-lived as Q4 macroeconomic conditions will be much less favorable to growth. It will probably be towards the end of 2021 before we return to previous levels of GDP, and if the next surge of COVID causes even more shutdowns, it will be longer than that. … Today's data clearly showed the impact of the CARES Act and the boost it gave to personal income. 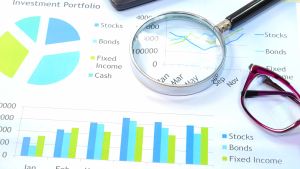 David Muhlbaum: One of the grand old rules of investing was a portfolio allocation of 60% stocks and 40% government bonds. That was considered the safe option for many buy and hold investors. But Jared Woodard, head of the Research Investment Committee at Bank of America Securities, says its time is over. He's our guest today in the main segment. And we'll ask him why he thinks so and what investors should be buying instead. Also, Sandy fields a reader question about snowbirds, and we talk about why you pay more for pumpkin spice. That's all ahead on this episode of Your Money's Worth. Stick around.

David Muhlbaum: Welcome to Your Money's Worth. I'm Kiplinger.com senior editor David Muhlbaum, joined as always by senior editor Sandy Block. A few weeks ago, we talked about what a snowbird is and how they can save money. A refresher for those of you who missed that: Snowbird is the term of art for someone, usually a retiree, who spends part of their year somewhere warmer. They fly south for the winter. I mean . . . maybe they drive or they take the auto train. You get the idea. They seek what they consider better weather. It turns out at least one person was listening, and he has his own ideas of what better weather is.

Sandy Block: That's right. Jay, a fan of the podcast who lives in Camden, South Carolina, wrote to us, and this is what he said. He said, "What about reverse snowbirds? My wife and I are looking at getting a summer place in the northeast in a few years, maybe the Catskills or the Finger Lakes region of New York, Poconos." He says, "The summers are brutal here and seem to be getting worse as we age." And they're saving up money. And he wants to know, "Are there retirement communities in the northeast that are akin to retirement communities in the south where we could retreat for six months of the year?" And the answer to that is, you bet. I mean a quick internet search of retirement communities in any of those places that he mentioned will show plenty of opportunities. So I think that's definitely something to think about. I don't have any stats on reverse snowbirds, but our colleague Bob Niedt, who was on here recently, has writt 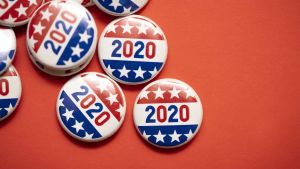 Investors have plenty of uncertainty to deal with as it is, and the upcoming presidential election is only adding to their worries.

Lest we forget, as results came in on election night 2016, Dow futures fell 900 points. But when the market actually opened the next day, the Dow rallied to near all-time highs.

Whether we see that kind of whiplash action this time around remains to be seen, but investment strategists say investors would do well to be prepared for rollercoaster days ahead. While the more aggressive among us might "bet" on the election via so-called Trump stocks and Biden stocks, conservative investors can consider allocating a little bit of capital to "election-proof" stock picks.

What do those kinds of companies look like? David Trainer, CEO of investment research firm New Constructs, implores investors to "put their money in quality companies that are positioned to survive any short-term volatility and have upside potential over the long-term." Stocks that fit the mold have strong balance sheets to withstand difficult economic conditions, and they trade at prices with great upside should the economy recover to pre-COVID levels.

"Furthermore, we expect these companies will not just survive the ongoing economic downturn, but will also gain market share lost by companies who do not survive." Trainer says.

Read on as we look at five "election-proof" stock picks. Trainer says each of these stocks offer lots of downside protection as well as strong upside potential. The analyst community broadly agrees, offering up bullish-leaning consensus opinions on each.

SEE MORE 12 Low-Volatility Stocks to Stabilize Your Portfolio Data is as of Oct. 28. Dividend yields are calculated by annualizing the most recent payout and dividing by the share price. Analyst ratings provided by S&P Global Market Intelligence. 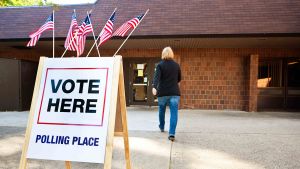 The presidential election is days away. The likely winner: Joe Biden.

That’s not an endorsement. It’s just how we see this race shaping up as Biden and President Trump deliver their closing arguments to the American people. (For valuable business, investing, and political insight and forecasts every week, rely on The Kiplinger Letter. Check out a free sample issue, no information required from you.)

Reminder: The winning presidential candidate needs 270 electoral votes. So far, Biden is favored to win 290. We expect him to flip Arizona, Michigan, Pennsylvania and Wisconsin, while holding all the states Democrat Hillary Clinton won four years ago. Odds favor him picking up an extra electoral vote in Nebraska (more on that below).

The worst sign for Trump: He’s playing defense in states he needs to win. 85 electoral votes are up for grabs -- those in Florida, Georgia, Iowa, North Carolina and Ohio, plus one in Maine (which, like Nebraska, awards some of its EVs by congressional district). Trump must win them all, plus nab at least two states that now lean Biden... tough, but doable. Polls in Arizona and Pennsylvania, for example, point to potentially tight races.

SEE MORE The 2020 Election and Your Money

The president managed to pull this off in 2016. It will be harder this time. Democrats are more fired-up, boosting turnout among the party faithful. Biden is doing well with independents, white women and seniors, all groups that Trump won in 2016, but some of whom have soured on him over four years.

And there are fewer undecided voters this time around, reducing the odds of a late surge in Trump’s favor, like the one that powered him to victory in 2016.

Could the race change? Yes. Biden must contend with his own liabilities, including ambivalence among younger voters and his son’s sketchy lobbying activities. But to win a second term, Trump needs a lot of things to go right... and fast.

The president faces tough odds in a couple of key states:

Wisconsin, which he won by a slim margin in 2016, thanks to strong support from white working-class voters. Democrat Hillary Clinton lost Wisconsin in 2016 largely because black voters stayed