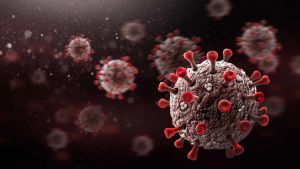 The broader markets closed the week with a passive partial session on Black Friday as setbacks in the fight against COVID challenged investors yet again to rethink their vigorous rotation into value stocks.

One worry: AstraZeneca's (AZN) admission that its scientists accidentally gave half-doses of its vaccine to one batch of volunteers – a mistake that could delay approval until more data can be gathered. Meanwhile, the U.S. tallied another 100,000 coronavirus cases on Thanksgiving and reported record hospitalizations (90,481) for the 17th consecutive day.

SEE MORE The 13 Best Healthcare Stocks to Buy for 2021

The Nasdaq also enjoyed a bump from Tesla (TSLA, +2.1%), whose shares have continued their wild 2020 rally amid broader enthusiasm for EV stocks, given what should be an accommodative Joe Biden administration. Tesla is now the sixth-largest U.S. stock at $555 billion in market value by virtue of passing Warren Buffett's Berkshire Hathaway (BRK.B, -0.7%, $543 billion) today.

Other action in the stock market today: 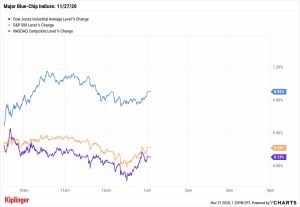 Start Thinking About Your 401(k)

We're getting close to that time of year when even the least-active investors take a peek at their 401(k)s. For savvier Closing Bell readers, it's time to take a long, hard look at every investment in your 401(k) to make sure it's giving you the most bang for your buck. 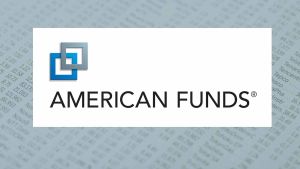 Some of the biggest funds in the country, as measured by assets, are from American Funds, but do-it-yourself investors probably aren't familiar with the firm. That's because, for a long time, these funds were only available for purchase through an adviser. (Today, some online brokers offer a no-load share class of these funds to regular investors.)

Capital Group, the firm that manages American Funds, has a particular approach. Each fund is run by multiple managers, from as few as two to more than a dozen. A well-crafted group of managers, the thinking goes, can produce good results with less volatility. But each manager runs his or her slice of the fund's assets independently, using their own investment approach within the confines of the fund's directive. And they each have a chunk of their own money in the fund, in step with the company's culture. Many American Funds have at least one manager with more than $1 million of his or her own money invested in the portfolio.

Here's our take on American Funds' most popular funds in 401(k) plans. We'll review all 14 – the eight actively managed funds independently, as well as the target-date funds as a whole – rating each Buy, Sell or Hold.

SEE MORE The 25 Best Low-Fee Mutual Funds to Buy in 2020 Returns and data are as of Nov. 26, unless otherwise noted, and are gathered for the share class with the lowest required minimum initial investment – typically the investor share class or A share class. The share class available in your 401(k) plan may be different. 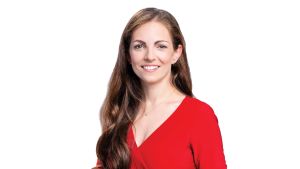 We spoke with Realtor.com's chief economist Danielle Hale about where the housing is headed in the new year. Here's an excerpt from our interview:

In 2020, tight inventories drove up the price of homes. Will that continue in 2021? Yes. There have been more buyers than homes for sale for the past five to 10 years, so it’s not a new phenomenon. We won’t see the double-digit price growth we saw in 2020, but we do expect prices to rise because we anticipate that inventories will continue to be relatively low. Our forecast is for the median home sales price to rise by 5% to 6% and for the overall number of homes for sale to continue to decline. However, the rate of decline should slow, and we may even have an increase by the end of the year as we see more sellers than in 2020. The housing market in 2021 will look a lot more normal than in 2020.

SEE MORE 26 Things Home Buyers Will Hate About Your House

What about demand? Will it remain as strong in 2021 as it was in 2020? I think we’ll see normal levels of demand in 2021. There will be some boost from buyers trying to take advantage of low mortgage rates, but we won’t have as much of that “make up” buying from people who missed out in spring 2020 during lockdowns. Demand will be spread more typically throughout the year, so we’ll see a comparatively stronger spring in 2021 and a weaker fall, like we normally do. 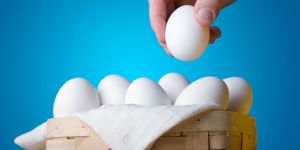 I have been working a long time on retirement planning that creates more and safer income for retirees. So long, in fact, that I sometimes forget the subject is new to most investors. They get much of their financial information from their advisers — who often simply treat these investors as “de-accumulators.” Another way to describe their message is, “Invest like you did when you were 55, only more conservatively.” In my opinion, that is not helpful guidance.

Please consider this article as a reference tool on a new way to plan and manage your retirement that you can come back to periodically to refresh your understanding. By the end of the article, I hope to answer your basic questions about the new Income Allocation planning and how it can benefit you with a more secure retirement.

Income Is the Foundation of Your Retirement Plan

Most eras in history are unsettled, but it sure seems we’ve got a lot going on now, and much of it makes us uncertain about how to plan for the future.

Interest rates are low and are expected to stay low for an extended period. The markets are volatile, making “stay the course” a particularly gut-wrenching choice. Add a pandemic to the mix. As you prepare for — or enter — retirement, you want to be able to celebrate. That means satisfying your desire for a self-sufficient lifestyle (while anticipating expenses such as unreimbursed medical or caregiver costs, or the premiums to cover these costs) even as you spoil the grandkids.

And that means income. A good retirement income plan is one that allows you to enjoy your retirement and provide the necessary cash flow that will create peace of mind.

For the past several years I have been working to educate consumers about the pitfalls of typical Asset Allocation planning for retirement. That is the name for an approach to investing and retirement spending that leaves you with the risk of running out of money. Asset Allocation by its name allocates your savings among a range of investment categories — stocks, bonds and cash — then tests to see if that “plan” can deliver a desired level of income to your age at passing. There is rarely a distinction

Read more: How to Turn Your Retirement Savings into Retirement Income 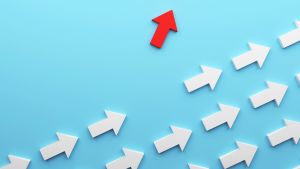 While you’re certain to get your money back, because CDs are insured by the FDIC, you’re also virtually certain to lose money after inflation and taxes.

There’s a better way to save money for many people.  It’s a fixed-rate annuity — also known as a multi-year guarantee annuity or a CD-type annuity. You can earn up to 2.40% for a three-year fixed annuity and up to 3.05% annually for a five-year contract, according to AnnuityAdvantage’s large database of annuity rates.

Like a CD, a fixed annuity pays a guaranteed interest rate for a set period, usually three to 10 years.  There’s no sales charge, so all of your money goes to work for you immediately. The interest is tax-deferred.

While annuities are not FDIC-insured, they are covered by state guaranty associations, up to certain limits, which vary by state.  While this is a valuable backstop, the odds that you’ll ever need to rely on the guaranty association are very small. Annuities are issued and guaranteed by life insurance companies, which are strictly regulated by the states to ensure their solvency. This system has worked well.

Tax-deferral. All CD interest is subject to federal and state income tax annually, even when it’s reinvested and compounded in the CD (unless the CD is in an IRA or other retirement account).

A fixed annuity, on the other hand, is tax-deferred. You won’t receive an annual 1099 and you won’t pay tax on the interest until you withdraw it. At the end of the annuity’s initial guarantee period, you may renew it for another term or roll it over into another annuity.

SEE MORE How to Pick an Indexed Annuity

Tax deferral isn’t an advantage when you hold an annuity in an IRA or other retirement account. However, since you get a guaranteed, competitive rate, a fixed annuity is still a top choice for the portion of your retirement-plan assets you want to shelter from s