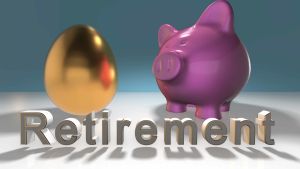 When you're planning for retirement, it's fun to contemplate all the travel, rounds of golf and restaurant meals you have ahead of you. You've earned it! You may also want to financially help your children and grandchildren. However, many retirees don't take into consideration the cumulative impact of federal and state income taxes on withdrawals from their nest eggs.

Most forms of retirement income — including Social Security benefits, as well as withdrawals from your 401(k)s and traditional IRAs — are taxed by Uncle Sam. And unless you live in one of nine states without a traditional income tax, you can expect your home state to ding you in retirement as well. (Taxes on retirees vary from state to state, so make sure you check our retiree tax map for each state's overall tax impact on your retirement income.) Do yourself a favor before you retire and take a look at the federal income taxes you're likely to face on 13 common sources of retirement income.

Read more: How 13 Types of Retirement Income Get Taxed 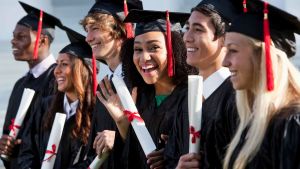 Ben Franklin once said, "an investment in knowledge always pays the best interest." And if you're going to college to further your education and expand your mind, Uncle Sam offers a few tax breaks that can increase the return on your investment.

Some of the federal education tax credits, deductions, and exemptions are for people who are saving for college, while others help pay for tuition and books while you're a student. There are also tax breaks that help with student loan debt once your days in the classroom are over. However, the rules can be tricky, and sometimes you can't take advantage of one tax break if you already claimed another. So, it's important to be up to date on all the rules all the time. Here's a breakdown of 11 education tax breaks that can help you pay for college. No matter where you are on your quest for knowledge, there's probably a tax break that can help your bottom line.

SEE MORE When Will Student Loans Be Forgiven? 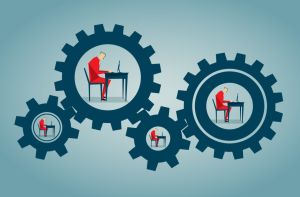 Kiplinger's Economic Outlooks are written by the staff of our weekly Kiplinger Letter and are unavailable elsewhere. Click here for a free issue of The Kiplinger Letter or for more information.

If you already subscribe to the print edition of the Letter, click here to add e-mail delivery and the digital edition at no extra cost.

Job growth stayed strong in May, with 390,000 jobs added. The unemployment rate held steady at 3.6%. Both of these are a sign of a still-robust labor market that has been experiencing many shortages of workers, driving wages up at a fast 5.2% clip. The usual sectors contributed to the job growth: transportation and warehousing, health care, business services, temporary help, and leisure and hospitality. Production workers are still in high demand, as their wage rates have risen 6.5% over the past 12 months.

But there are a few clouds on the horizon. The retail sector cut workers, and appears to be getting ready for a slowdown in goods buying. High inflation is making consumers pull back on some of their spending plans. Large companies such as Meta (Facebook) and Tesla have announced reductions in their hiring plans because of their concerns about the possibility of a recession in the near future. Carmakers are still being hindered by the shortage in semiconductors.

The June employment report coming next Friday is likely to show a 300,000-job gain, and so should keep the Federal Reserve on track to keep raising short-term interest rates. But wage growth appears to be slowing as some labor shortages ease. And if companies turn cautious on hiring, this monthly number could fall significantly in the July report to be released on August 5.

Read more: Jobs: No Slowdown Yet, But Clouds Are on the Horizon 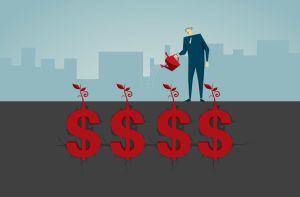 Kiplinger's Economic Outlooks are written by the staff of our weekly Kiplinger Letter and are unavailable elsewhere. Click here for a free issue of The Kiplinger Letter or for more information.

If you already subscribe to the print edition of the Letter, click here to add e-mail delivery and the digital edition at no extra cost.

The Federal Reserve’s mission to combat inflation by raising interest rates is likely to tip the economy into a mild and short recession sometime next year. The continuing high price of gasoline and energy in general because of the Ukraine war, and the continuing shortage of houses, cars and workers will also keep prices and wage rates high in general. That means interest rate hikes are likely to be large and persistent until the Fed observes a measurable slowdown in the economy, at least. Long-term interest rates will stay up as long as inflation does, also until the economy slows noticeably.

Besides the Fed, other forces will lead to an economic slowdown: Consumers will start to be more cautious in their spending because of recession fears, besides the normal cutting back in the face of higher prices. Businesses will likely delay buying equipment for expansion and trim their hiring plans as Meta (Facebook) and Tesla have already started doing. Slowing growth in Europe plus the strong rise in the value of the U.S. dollar will make the trade deficit problem worse.

But there are positives as well: Consumers have $2.75 trillion in excess savings built up during the past two years, and will spend on services such as entertainment and travel that many have skipped during the pandemic. The slowing economy will take the edge off the shortage of workers and the overheated housing and motor vehicle markets, which could be good for bringing inflation under control. Workers are not being laid off at the moment, with initial unemployment claims still at low levels. (Recessions generally require the unemployment rate to rise.) The shipping crunch that added costs to imports is slowly being resolved.

On balance, GDP growth will likely slow to 1.8% in 2022, and slow further to less than 1% in 2023. This allows for two quarters of mild contraction next year. The economy did contract 1.6% in the first quarter of 2022, but this was a small reversion after the strong previous quarter’s growth of 6.9%.

Read more: Recession Next Year Is More Likely Than Not 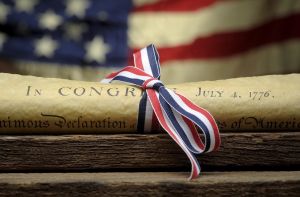 To help you prosper even more, in honor of Independence Day, consider what other founders of the United States of America had to say on the subject of personal finance. As you'll see, many of their ideas live on today in Kiplinger's advice to our readers. We hope their original calls to action inspire you to forge a path toward your own financial independence.

SEE MORE Taxes in Retirement: How All 50 States Tax Retirees